How Does the Arkansas Court of Appeals Work?

The Arkansas Court of Appeals is the state’s intermediate appellate court. It was established in 1978 by Amendment 58 of the Arkansas Constitution. The court was created to provide relief for the increasing docket of the Arkansas Supreme Court.

The Arkansas Court of Appeals functions as the final court of review for a large number of cases. This implies that for cases where the law is not vague, the Court of Appeals serves as the only option for review for resolutions from lower courts. This means that the Arkansas Supreme Court sits on appeals only where the law is not settled or where unique questions are raised.

Usually, parties involved in litigation do not have the power to appeal beyond the Arkansas Supreme Court. The Arkansas Court Of Appeals has initial jurisdiction over appeals arising from the following courts:

However, the Supreme court may review the opinion of the Court of Appeals if any of the following applies:

Initially, the Arkansas Court of Appeals used to comprise six judges. However, due to the growing docket witnessed by the Supreme court, this figure grew to become nine and then eventually twelve. Under Act 1812 of 2003, these twelve judges are elected from the seven different districts in the state. The dates of the election within these districts are established.

The judges are responsible for hearing appeals channeled from the Arkansas Circuit Courts and the Arkansas Workers’ Compensation Commission. The said judges are appointed to an eight-year term in office (A. C. A. § 16–12–202).. This election takes place on a non-partisan basis.

The elected judges are governed by the Arkansas Code of Judicial Conduct, which establishes the standards of judges and judicial candidates’ ethical conduct. The code functions to provide guidance and assist judges in maintaining the highest standards of judicial and personal conduct, and in providing a basis for regulating their conduct through disciplinary agencies.

The Arkansas Court of Appeals has a Chief Judge. This Chief Judge of the Court of Appeals is appointed by the Chief Justice of the Arkansas Supreme Court. In the event of a midterm vacancy arising in the office of the judge, the governor may appoint an interim judge. The appointed judge is expected to serve until the next general election. Usually, this takes place four or five months after such a vacancy has occurred.

The appointed judge is, however, restricted from running for the office of the judge in the next election. However, the judge is permitted to run for a different office if such a person deems fit. In the state of Arkansas, a judge may only be removed from the bench in three ways:

The Arkansas Court of Appeals is located at the state capital in:

Court cases and dockets are available at the Administrative Office of the Court’s CourtConnect Website. Applicants can access the Court of Appeals docket on the court’s website. 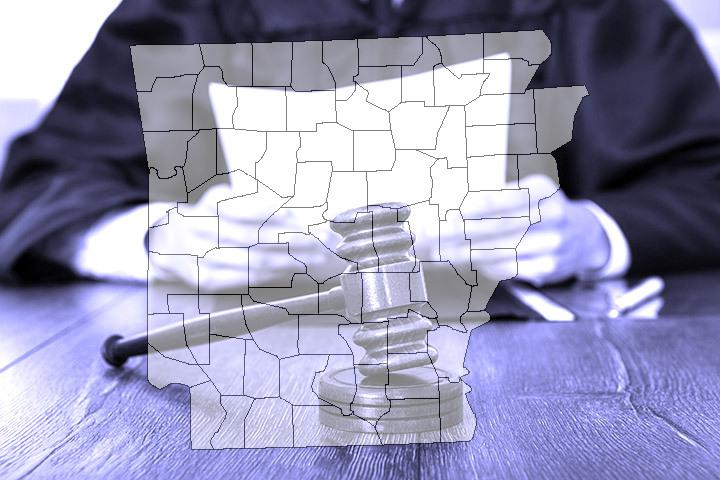