I Agree
What To Do When You Are On Trial For a Crime in Arkansas | ArkansasCourtRecords.us
Arkansas Court Records

What Do You Do When You Are On Trial For Crime In Arkansas?

When accused and charged with a crime in Arkansas, the alleged offender and their attorney(s) usually gather facts that may aid their defense during a criminal trial. On the other hand, the prosecutors are tasked with proving the defendant’s guilt beyond reasonable doubt. In selected cases, the legal representation of both parties negotiate a plea agreement. Following Arkansas Judiciary rules, a trial commences if both sides cannot reach a plea agreement.

What Percentage of Criminal Cases Go to Trial in Arkansas?

When Does a Criminal Defendant Have the Right to a Trial?

All defendants charged with criminal offenses in Arkansas have the right to trial. According to Article 2, Section 10 of the Arkansas Constitution, accused individuals in criminal prosecutions have the privilege of a speedy and public trial and are informed of the nature of the charges against them. A defendant can demand a trial by jury or bench in Arkansas.

What Are The Stages of a Criminal Trial in Arkansas?

The stages of a criminal trial process in Arkansas include:

How Long Does it Take For a Case to Go to Trial in Arkansas?

The amount of time it takes before a case goes to trial in Arkansas may depend on the severity of the charges against the defendant. Typically, a prosecutor has twelve months to bring a defendant to trial if they are not incarcerated. For incarcerated defendants, the trial must begin within nine months. A defendant’s attorney may also need more time to prepare a case.

What Happens When a Court Case Goes to Trial in Arkansas?

In Arkansas, the trial procedure begins with the jury made up of twelve persons selected and sworn to deliberate over the case. Opening statements occur with the prosecutor’s presentation, followed by the defendant’s attorney. During the opening statement, the attorneys state what the case is about and briefs the court about the available evidence.

Subsequently, prosecutors present any evidence useful for buttressing their claims, and any evidence that is a verbal testimony is introduced through a witness. The opposing party may cross-examine the witnesses while the defendant does the same. However, the burden of proof rests on the prosecutors, and the defense counsel may not compulsorily put on a case.

After both sides have rested their cases, the judge reads the jury instruction to the jury. It informs them about the laws to put into consideration during their deliberation. The jury instructions are followed by closing arguments from both sides, starting with the prosecutor going first. Each side tries to convince the jury to view the case from their point of view before resting their case finally.

Hence, the jury goes to a private room to begin deliberation, and they elect a foreperson to preside over the discussion. During the jury deliberation, they must make a unanimous verdict based on the facts and evidence established in the court. The foreperson records the verdict on the form supplied by the court, and it is read out when the jurors are back to the jury box.

If the verdict finds the defendant guilty, the jury recommends a sentence, and the judge decides whether to accept the recommendation or not.

Can you be Put on Trial Twice for the Same Crime in Arkansas?

No. Under § 5–1–112 of the Arkansas code, persons prosecuted for a particular criminal offense cannot be tried again for the same offense. The former prosecution automatically acts as a defense to a subsequent prosecution for the same crime. This may occur regardless of if the initial prosecution resulted in an acquittal, a conviction, or the termination of the prosecution proceedings.

How Do I Lookup a Criminal Court Case in Arkansas?

To look up a criminal court case in Arkansas, interested persons can request the desired record from the court clerk that handled the case filings. The Arkansas Judiciary site provides an online directory that querying parties may use to find the court clerks’ location and contact information. Also, individuals can visit third-party websites that provide access to information on criminal court cases in the state.

The administrative office of the Arkansas Judiciary hosts a search portal where individuals can access electronic court records. Users can obtain case information from all the state courts. To retrieve court records, searches can be done by the names of the parties involved, case type, date filings, and judgments. However, querying parties may only have access to limited information on court cases. More information may only be available at the custodian of the records office.

How Do I Remove Public Court Records in Arkansas?

The removal of public court records in Arkansas can be done by sealing such records to prevent ineligible persons from accessing them. Individuals eligible to seal desired court records under § 16–90–1413 can file a petition in the court where the records were generated and maintained. Interested individuals are to complete the Petition and Order to Seal form and file it with the court clerk. While sealed records are inaccessible to the general public, persons/organizations who still have the authority to view them include: 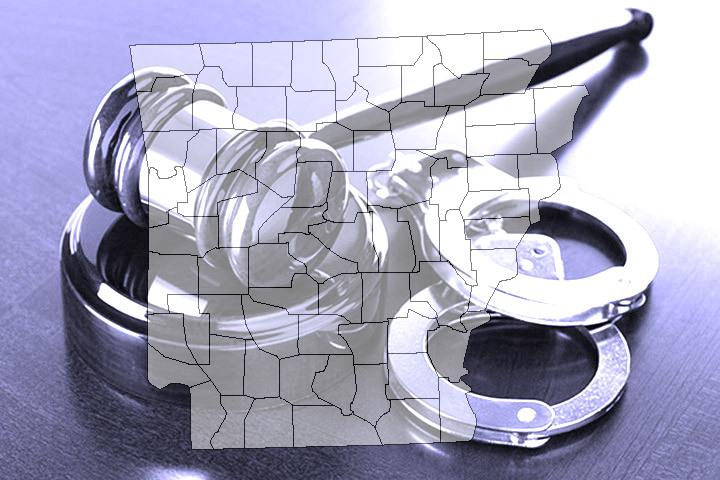