What are Arkansas Family Court Records?

Family court records consist of all formal information (written or otherwise) of proceedings, payments, processes, judgments, warrants, and legally recognized evidence of cases handled by the family court. In Arkansas, family court records are official documents containing the processes and proceedings of cases arising from domestic relations as handled by Arkansas Circuit Courts. They comprise case information and activities, dockets, case files and judgments associated with family law cases in Arkansas. Arkansas Family Court Records are generally accessible to the public with the exception of those containing sensitive or confidential information, or as sealed by court order.

What is a Family Court in Arkansas State?

The Arkansas judicial system has no separate family courts. Instead, the Circuit court handles cases regarding Arkansas Family Law. The term used for family court cases in Arkansas State is Domestic Relations ( usually coded DR). In 2020, Arkansas had over 128 circuit courts.

Family Court Records can include marriage records and divorce records. These records contain personal information of those involved and their maintenance is critical should anyone involved wish to make changes. Because of this both marriage and divorce records can be considered more difficult to locate and obtain than other public records, and may not be available through government sources or third party public record websites.

What Cases are Heard by Family Courts?

Generally, the jurisdiction of the family court extends to family law cases such as:

How to Serve Family Court Papers in Arkansas State

The party bringing a legal action must file a complaint against the defendant at the court. The court responds to the filed complaint by an official summon of the defendant to the court. The court does this by serving papers through a process server. A process server is one designated by the court to serve papers to the defendant, usually a sheriff, appointed from the sheriff’s office or other designated persons by the state court. Such persons must be 18years old and a citizen of the United States. Process servers usually deliver court papers directly to the defendant by hand. Where this is not possible, papers are handed to persons at least 14 years old at the defendant’s residence or transferred to an individual permitted by the service of process in Arkansas.

Instances where the defendant proves difficult or evades summons, a copy of legal documents is mailed to the defendant through restricted delivery. Where this fails or mail is not possible, the filing party is given permission to publish a warning order through the newspaper in the circulation of the filing county for two full weeks. If the service of papers fails after this, a default judgment is made against the defendant in court.

What is the Contempt of Court in Family Law in Arkansas State?

A party is charged with contempt of court in a family law case when he/she acts in a manner that defies court authority or impedes the legal process. Contempt could be criminal or civil, each of which could be direct or indirect. A case of direct criminal contempt usually involves disorderly behavior in the presence of the judge, while indirect criminal contempt may or may not be during the court hearing but is suggestive of criminal intent, such as exhibition of resistance to court orders or actions that cause disruption of court proceedings. On the other hand, civil contempt (which is often indirect) refers to the failure to adhere to court orders such as child/spousal support, attorney fees, child-visitation arrangements among a host of others. Arkansas state courts have an inherent authority to punish contempt of court. Penalties range from ordering the liable party to pay for court costs, court sanctions (which are lifted as soon as court orders are obeyed in civil contempt) to fines and jail terms (as in criminal contempt).

Family records excluded from public access can be requested in writing to the Administrative Office of Courts, stating reasons for which the order should be suspended. Upon the receipt of the request, the court holds a hearing within 30 days to determine the merit of the request. If approved, the requestor is granted access to the court records in question.

Custody papers are also kept confidential. This is in agreement with the position of the United States Supreme Court on juvenile and custody matters. Only persons involved in the case are permitted to access the records.

Please note that trial exhibits and transcript source materials are made accessible only by the discretion of the court.

Arkansas divorce records are considered as vital records and are available to members of the public, with the exception of those sealed by court order. Requestors must present a valid photo ID and phone number. For persons not part of the immediate family, a signed release permit by a “person of record” (a court staff that is officially provided with review updates of case records) must be obtained in order to obtain copies of the records.

How Do I Find Divorce Records in Arkansas State?

Divorce records can be obtained in a number of ways:

How to Access Family Law Cases in Arkansas State

In Arkansas, two systems of court records are used. The first one is an electronic database, which includes information on cases using the Contexte Case Management System. This website provides information on family law cases using the name of a person in the case or the case number as a search phrase. Other search terms such as docket filings by date, case filings by date, and judgment against the defendant can be used.

As of 2020, only 58 circuit courts, 14 county- district courts, Court of Appeal and the Supreme Court offer full information. Online court records may not offer sufficient information for background checks.

The second is the on-site access, i.e., the inquirer walks into the local courthouse to request to look up cases. Publicly accessible court records are available at the courthouses during regular business hours established by each county circuit court. The request must be made directly at the Administrative Office of Courts for records. As of 2020, only 40 circuit courts and 6 county district courts give thorough information, most of which date back to several years.

Accessible information from these sources include the identities of the parties involved, the lawyers on the case, the name of the judge, the filings for the case, charges, sentences, and future decisions and are usually in the form of a case index or case image of the actual records. Access to case images typically come at a small fee; case indexes may or may not be free.

How to Request Family Court Records in Arkansas State

Although Family Court Records are accessible in Arkansas, not all can be copied. Access is restricted to case index number and case image of the records. Only family court records archived in the vital records unit of the Arkansas Department of Health can be copied. To obtain copies of family court records, a request is made to the unit by online access, mail delivery, telephone or in-person (please see the section " How do I find Divorce Records in Arkansas state?”). All requests for copies are processed at a fee.

Both government websites and organizations may offer divorce and marriage records. Similarly, third party public record websites can also provide these types of records. But because third party organizations are not operated or sponsored by the government, record availability may vary. Further, marriage and divorce records are considered highly private and are often sealed, meaning availability of these types of records cannot be guaranteed. 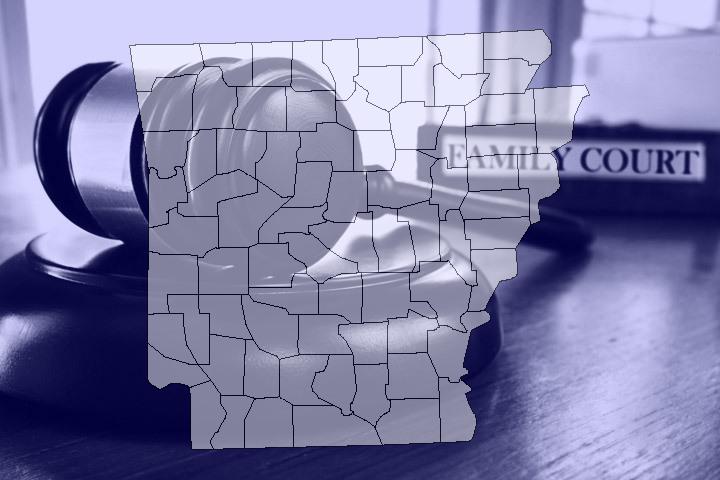