Types of Cases Heard By the Arkansas Civil Court

Arkansas civil courts preside over civil claims related to money or property damages. Each case involves a complaint filed by the plaintiff against the defendant. In the complaint, the plaintiff will state the reasons for the charge and the recovery fee for damages. The defendant will also respond in writing against the claim. Decisions in a civil court are accepted if at least nine of the jurors are in agreement.

The Supreme Court in Arkansas is the highest in the state. The court helps review decisions and give opinions on appeal cases coming from the lower court. It is the court of last resort, which means that whatever decision it takes on cases are final. The court has seven judges, all elected through a nonpartisan election. They must be at least 30 years, have practiced law for eight years, and citizens of the United States. The judges must have also resided in Arkansas for over two years.

The courts of general jurisdiction, Arkansas Circuit Court has five divisions, which are the civil, criminal, juvenile, domestic relations, and probate division. They help in managing the caseload of the court. Even with the divisions, the judges still hear all cases assigned to the court. For civil cases, the Circuit Court decides claims of over $25,000.

The Arkansas District Court is divided into two: the state and local district court. They are called courts of limited jurisdiction because there is a limit on the cases heard in the courts. The civil division of the state district court helps to settle claims or disputes between businesses, groups, or individuals and recover whatever was lost or damaged. Claims taken to the civil division of the district court are those that do not meet the criteria set by the small claims division and, therefore, cannot be filed there.

The circuit court may transfer cases such as forcible entry, unlawful detainer, protective orders, and other emergency issues to the civil division. The small claims court serves as a recovery unit for contract disputes, personal property, personal property damages, and other types of injuries. All claims heard in the division are from $5000 and below.

What is Included in an Arkansas Civil Court Record?

While the exact details vary on a case by case basis, most civil case records contain the case number of the file, names of parties involved in the suit, complaint description, date, and location of filing.

Are All Arkansas Court Records Open to The Public?

Except for confidential records, the state of Arkansas grants public access to most civil court records. Docket sheets and register of actions are all available to the public provided they are requesting for it during the business hours of the court. Pre-trial motions and records in civil litigation are presumed to be public records unless stated otherwise by the court in control of the records. Adoption appeal records are not disclosable to the public. The court will only permit the parties to the case and the counsel to access them. Other individuals interested in inspecting will have to file a motion with the court.

How Do I Obtain Civil Court Records In Arkansas?

Accessible civil court records will be available in the courthouses or through remote access. The courthouse will set the time visitors can come to inspect or obtain the records.

The first step to take when trying to get civil court records in person is to find the location of where the case was filed. If there was an appeal, find out where it took place. Use the court directory of Arkansas to help with the different locations of the courts in the state.

Before approaching the courthouse to obtain civil court records, interested parties must have the following information to reduce the risk of being denied access or having to search manually:

Individuals seeking records of appeal cases should have citations of original and appeal (if any) cases. They should also know the date of the appeals.

Most courts have established business hours when members of the public can come to inspect the case records or obtain copies of it. Find out the hours to avoid going at a time when the court officials will be unavailable.

The court will not allow any member of the public to take original records home. Therefore, persons needing copies of documents should come prepared with money to make photocopies. The clerk will allow them to use the office photocopier.

How Do I Obtain Arkansas Civil Court Records Via Mail?

Written requests of civil court records can be sent to the clerk of court’s office where the case was filed or maintained. The court directory of Arkansas provides information on the different mailing addresses of court in the states.

How Do I Find Arkansas Civil Court Records Online?

Some courts in Arkansas provide remote access to civil court records for persons that are not interested in visiting the physical location of the court, maintaining the record. These records can be found on their case information system website. Accessible records include indexes, docket sheets, case file listings, calendars, case numbers, date and time of the hearing, judgment, decrees, orders, location, etc. Individuals can use the name of parties, case types, or dates to search the records. For docket filings, only dates of the case will be sufficient to search.

Arkansas federal civil court records not found online via PACER can be inspected and copied in the court where the case was filed. However, the right of the public’s access to the record is not absolute; the court has the right to deny access if necessary. Also, some confidential documents, either by law or sealing, are inaccessible by the public.

Reasons the court might deny access to the federal case files, docket sheet, or transcripts may be the lack of specific information when requesting the documents. It is vital to have adequate information related to the case. In the case whereby the court denies an individual’s access to federal court records because the records have been sealed, they can file a petition to oppose the court’s order on the sealing. If successful, the court will grant the request to open sealed records.

No, Civil court records are considered confidential when sealed by law or court order. Confidential documents include those rendered inaccessible to the public by the federal law, Arkansas Code Annotated, order, or rule of court. Sealed records are records that the court hides its existence from the public. Some examples of confidential records include notes and other materials the judges, jurors, or other court staff uses when making decisions in court. Only persons permitted by law or court order can have access to a sealed or expunged record. To access confidential documents, individuals may write a request to the court controlling it.

The request must be able to convince the court that disclosing the record to the public is greater than the need to keep it confidential. There should also be compelling reasons that will move the court to grant access. The court has the discretion to waiver or hear access requests to records. If it chooses the latter, the hearing will take place within 30 days of receiving the request. If the court approves the application, there would be a court order stating the reasons for granting access. The same will happen if the court denies access.

Are There Public Records of Alternative Dispute Resolutions In Arkansas?

Disputes between two parties can be settled out of court in Arkansas through arbitration or mediation. When both parties reach a settlement agreement, they can decide to make it a court record through the permission of the court. When this happens, it becomes a public record. 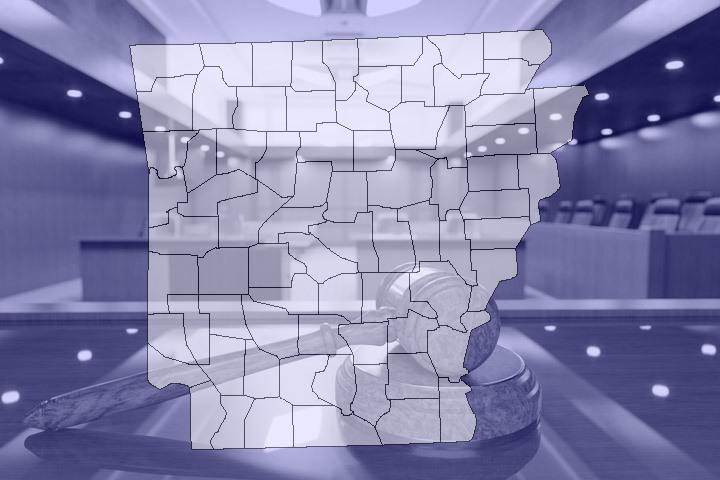