Civil court records are generated from the court proceedings of civil cases involving legal disputes between two or more parties in Arkansas Courts. Civil proceedings in Arkansas are governed by the Arkansas laws of Civil Procedure. The documents generated during these proceedings include; petitions or complaints, pleadings, depositions, etc. According to state laws, these records are open to the public through the services offered by the state's judicial website and third- party sites such as ArkansasCourtRecords.Us

Yes, Arkansas's civil records are open to the public.

The Arkansas Freedom of Information Act ensures that all residents and citizens of the state have the fundamental right to access, request, inspect and receive copies of all public records unless exempted by law.

The Arkansas Rule of Civil Procedure also mandates that all trials and hearings in Arkansas courts be made accessible to the public, except otherwise provided by law.

The Arkansas state court system consists of the Circuit and District courts. The Circuit court has general jurisdiction over civil cases in the state. The civil case types heard in these courts include:

What is the Difference Between Criminal Cases and Civil Cases in Arkansas?

Criminal cases involve actions or offenses where a violation of public law occurs, and the court is enforcing the state codes of behavior. At the same time, civil cases involve legal disputes or conflicts between individuals, businesses, or organizations, mostly over money.

Civil cases are typically initiated by a wronged party called "the plaintiff," who files a legal complaint against another individual or business, "the defendant," for failure to perform a legal duty.

While the government initiates a criminal case through its representative, the district attorney. The attorney files a complaint or indictment against individuals or entities suspected of criminal behavior against the people of the state of Arkansas.

In all civil cases, the wronged party simply seeks compensation or remedy from the defendant for a civil wrong. The court mandates the defendant after being proven to have committed the wrong to rectify the situation through remedies, which may be: damages, injunction, or settlement.

However, in criminal cases, if the defendant is found to be guilty of a crime, he or she will receive a sentence which may be incarceration, fines, probation, or even capital punishment.

In Arkansas civil cases, the victim of a civil wrong, the plaintiff is responsible for filing a complaint against the defendant and requesting compensation or damages. In contrast, in criminal cases, it is not the victim's responsibility to file the case but the state's.

In the state of Arkansas is that; there are usually 12 jurors hearing criminal and civil cases. In civil cases, only 9 of the 12 jurors must reach the same decision for the verdict to be made and accepted by the court. However, in criminal cases, all 12 jurors must make a unanimous decision.

In a civil case in Arkansas, there may be more than one plaintiff or defendant, but in a criminal case, the plaintiff is always the state of Arkansas.

In essence, any conflict or dispute that is not in violation of criminal laws in the state of Arkansas is an eligible civil case.

How Do I Find Civil Court Records In Arkansas?

Depending on the type of case, civil court records in Arkansas are maintained by district and circuit courts in the state where the cases were heard. The Clerk of Courts is responsible for maintaining and disseminating these records to the public.

An inquirer seeking civil court records must first identify the right court depending on the case of interest and then locate the court where the case was heard with the information provided to the state judicial website. The circuit courts and state district courts hear civil cases of claims of $5000.00 - $25,000.00 in controversy, while local district courts handle cases with sums less than that.

Some court records can be accessed online, and if not, the inquirer may visit the court in- person to request for records.

How Do I Find Civil Court Records Online?

Federal courts in Arkansas file their cases electronically most of the time using the Case Management/Electronic Case Files (CM/ECF). Members of the public may access cases filed in this system via the Public Access to Court Electronic Records service, PACER.

The State of Arkansas uses two online systems to maintain and ease public access to civil court records, including CourtConnect and Contexte.

These systems provide documents, information, and filings from circuit and district courts within the state.

Courtconnect is an online public access portal to case information for most courts in the state. Members of the public can run searches on this system using a party name, case/docket number, or judgments.

Although not all courts in Arkansas use this system.

All courts within the state using the system are provided in the Courtconnect database. To be available on Courtconnect, a court must first use the Contexte case filing system.

What Is Included In an Arkansas Civil Court Record?

A civil court record generally consists of all documents generated during a civil lawsuit proceeding in an Arkansas court. They may include:

How to Access Arkansas Civil Court Records For Free

Online record services provided by the Arkansas judicial website provides access to civil court records for free, charges only apply for copying of these records.

Tangible and physical records may also be inspected for free at a local court; the only fees that may apply are also for copying and certification. The requester may, however, have the court fees waived with the help of the local legal aid office or the court clerk by filling out the appropriate waiver forms.

How to Seal Civil Court Records in Arkansas

To seal a court record simply means to restrict public access to the record. In Arkansas, Rule 5 of the Arkansas Rules of Civil Procedure guides the procedures involved in redaction and sealing of court records in the state of Arkansas:

State laws mandate the court to use the least restrictive methods when sealing a material. That is, the record will be sealed exactly according to the court's direction, and the unsealed parts should still be made available to the public.

The following information must still be available to the public after whole or part of a record has been sealed:

How to Access Sealed Civil Court Records in Arkansas.

Members of the public are restricted access to sealed civil court records for a good reason. The court may only grant access to the sealed records according to Administrative Order Number 19, Section (VIII).

Individuals seeking access to sealed records must provide the request in writing and it -must be notarized. The requester must provide extraordinary reasons to be granted access. That is, the public interest, in this case, must outweigh the harm in disclosure of the said record.

If this order is granted, the judicial authority may restrict how the information in the records will be used. 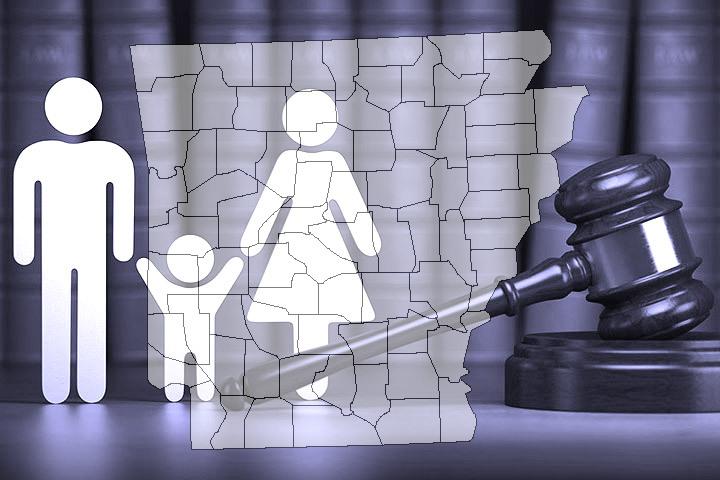