A contract arises when parties offer and accept to perform some predetermined obligations. However, under certain circumstances, the parties often dispute the terms, conditions, fairness, or enforceability of the contract. Other times, a party fails to perform contractual obligations entirely—a breach of contract. These disputes that arise in Arkansas are under the jurisdiction of the state judiciary. Court officials also create, maintain, and disseminate court records involved in the adjudication of the case.

Records that are considered public may be accessible from some third-party websites. These websites often make searching for records simpler, as geographic locations do not limit their activities. Thus, the search engines on third-party sites may help when starting a search for specific or multiple records. To begin using such a search engine on a third-party or government website, interested parties usually must provide:

What are Contract Disputes in Arkansas?

What are the Most Common Contract Disputes in Arkansas?

What is Arkansas Contract Law?

Arkansas Contract Law is a body of codified statutes and common law that govern the creation and enforcement of a contract as well as the remedies for a breach of contract in Arkansas. Arkansas Contract law is codified in Title 4: Business and Commercial Law.

What is a Breach of Contract in Arkansas?

What are the Remedies for a Breach of Contract in Arkansas?

A breach of contract claim is a civil case and follows the Arkansas Rule of Civil Procedure. Before filing a claim, the injured party must have made reasonable efforts to notify the other party of the breach (A. C. A. § 19–11–246).. Both parties must have also offered or tried to resolve the case through arbitration or mediation. A court hearing is the last resort for getting equitable relief for a breach of contract. The court typically performs a bench trial, where the presiding judge examines the claims of the parties involved and issues an order/remedy for the breach. These include:

Meanwhile, the Arkansas statute of limitation on claiming a breach of contract is three years for unwritten contracts (A. C. A. § 16–56–105) and five years for written contracts (A. C. A. § 16–56–111).. The injured party must file a claim within this period. Furthermore, the burden of proof is on the plaintiff to establish a breach of contract. On the other hand, the defendant must prove that there was no breach per the terms of the contract or state laws.

What Defenses Can Be Used Against a Breach of Contract Claim in Arkansas?

The following legal arguments nullify a claim of breach of contract in Arkansas:

What are Property Disputes in Arkansas?

Property disputes in Arkansas generally involve real estate, but property disputes may also relate to any object, material or immaterial, that is subject to possession. Title 18 of the Arkansas Code Annotated governs possession and use of contracts in the state.

What Are Some Common Types of Property Disputes in Arkansas?

Some of the commonly reported property disputes in Arkansas involve:

How to Find Property Lines

Property lines or boundary lines are defined points that show the boundaries of adjoining parcels of land. These boundary lines are results of a real estate survey, and records of the survey are available at the office of the county assessor or on www.countyservice.net.

How do I Find a Property Dispute Lawyer Near me? 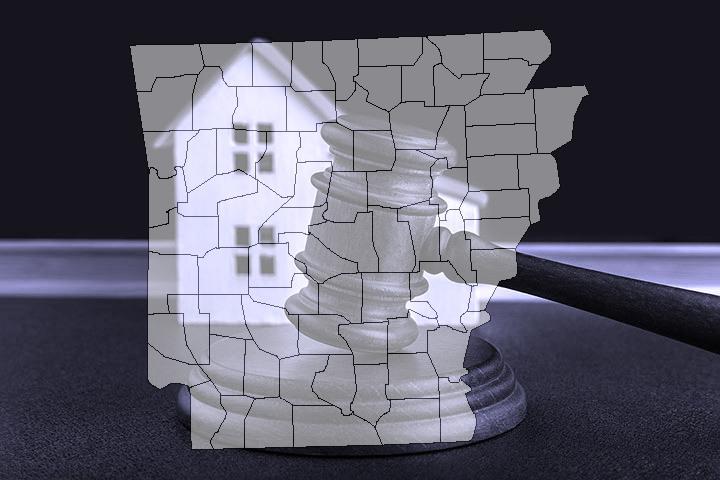