Arkansas State law makes provisions for persons who wish to erase a criminal record. For these persons, the sealing or expungement of their criminal histories allows them social privileges that may otherwise be hindered by having a publicly accessible criminal record. Both convicts and victims are affected by criminal history information. As such, either or both parties qualify to request that a record be sealed or expunged.

The Difference Between Sealing And Expunging Criminal Records In Arkansas

Records that are considered public may be accessible from some third-party websites. These websites often make searching more straightforward, as they are not limited by geographic location, and search engines on these sites may help when starting a search for specific or multiple records. To begin using such a search engine on a third-party or government website, interested parties usually must provide:

How To Seal a Criminal Record In Arkansas

Follow these steps to get a criminal record sealed in Arkansas:

What Crimes Can Be Expunged In Arkansas?

Arkansas has an extensive list of crimes eligible for sealing. Note that sealing is the expungement process for adult criminal records.

It is compulsory to have completed sentences, payment of restitution, court fees, and reinstatement fees applicable to qualify to apply for a sealing process.

During the waiting period, there must be no pending charges or additional convictions.

How To Expunge Criminal Records In Arkansas

The law reserves the expungement of criminal records only for juvenile criminal records. It is an automatic process that goes active when a juvenile clocks 21 years of age. The court keeps delinquency adjudications arising from adult criminal trials for ten years after the filing. Cases like this are subject to expungement at court discretion. Otherwise, juvenile records get routinely expunged by default.

Do Sealed Records Show Up In Arkansas Background Checks?

No. Sealed records are not visible in Arkansas with criminal background checks. The reason is that sealing processes in Arkansas have the same impact as an expunction process, only that the authorities keep the files. It is visible only to court authorities and law enforcement agencies upon request. When a record becomes sealed, most of the rights and privileges of the individual get restored.

Who Can See Sealed Criminal Records In Arkansas?

Sealed criminal records are invisible to members of the public. The court authorities do not release criminal records to a requester unless they have a court order. However, the law allows state entities, boards, or law enforcement agencies to see sealed records.

How To Get Sealed Records In Arkansas

Unless the requester represents a government agency, sealed records are not available without a court order. To get a court order, file a petition with the court of current jurisdiction on the case clearly stating the reasons for which the court must grant access. After a scheduled hearing, the judge decides based on the law’s guidelines if the request has merit. Suppose it does, the judge will issue a court order, which the requester must submit along with a request to view the sealed record. Note that each court order is valid only for one viewing or copying event. 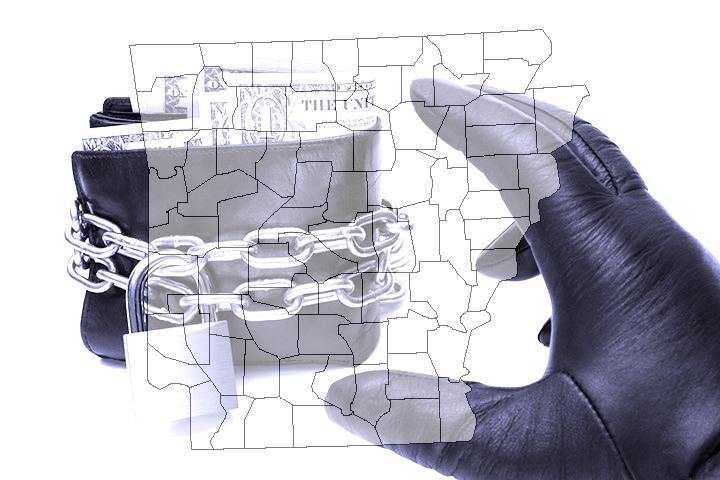