I Agree
Where to Find Inmate Records in Arkansas | ArkansasCourtRecords.us
Arkansas Court Records

Where to Find Arkansas Inmate Records

When courts impose prison sentences upon guilty verdicts in Arkansas, defendants are processed and housed in state prisons or jail facilities, and records are created. These records are referred to as “inmate records” or “institutional files and inmate jackets”. They contain the criminal histories, personal data, mental health/medical records, intake/release information, disciplinary records, and other information concerning an individual’s confinement and correctional supervision, stored in written or electronic forms. According to Ark. Code Ann. § 12–27–113(e), the Arkansas Department of Corrections (ADC) is authorized to maintain inmate records for offenders under its jurisdiction. Arkansas sheriffs and police chiefs are responsible for keeping records of inmates held in the county or city jails.

Per Ark. Code Ann. § 12–27–113(2)(A), incarceration or inmate records are disclosed to the public as directed by administrative regulation or court order. Under this law, members of the public may access these records using official remote search tools or by requesting in person from the ADC. However, obtainable records are limited to specific information such as the personal and incarceration details of inmates or what is permitted by court order, administrative rule, or available on the ADC’s Inmate Search site. Per the Arkansas Freedom of Information Act, inmate records such as medical records, mental health information/records, adoption records, pre-sentence/pre-parole reports, autopsy reports, among others, and information that may endanger a person or reveal a confidential informant, are exempt from disclosure to the public.

What Information is Contained in an Arkansas Inmate Record?

Inmate records that can be accessed by the public include the following information, as provided in Ark. Code Ann. § 12–27–145(a) and AR 804 include:

Where do I Look Up an Inmate in Arkansas?

Anyone can look up any inmate in Arkansas using the ADC Inmate Search or inmate rosters maintained by sheriffs. Also, the state prisons and jails administrators provide inmate information to the public on request. Because the information provided on these online search sources is comprehensive, there is little need to directly contact the penal institutions to lookup an inmate unless requesting paper copies or looking for more specific inmate information.

How Do I Conduct an Inmate Search in Arkansas?

The Arkansas Department of Corrections manages a statewide public database to search and view inmate information called the Inmate Search. Certain search fields must be filled to retrieve results, including:

Also, searchers may choose to obtain results with mugshots/photographs to narrow the search results.

Additionally, local sheriff offices post inmate rosters on official websites. These rosters are non-confidential and open to any member of the public who wants to search for inmate information. The following inmate information can be viewed:

All copy requests must contain enough information about the relevant record and contact information of the requester. It should be noted, as provided in Ark. Code Ann. § 12–27–113(2)(A), that copy or inspection requests of any inmate record, or parts of it, are not permitted unless authorized by administrative rule or court order. Under AR 804, inmate records, other than those publicly available, may be disclosed for research purposes, or to an inmate or inmate’s attorney upon showing a compelling need, and an employee of the Bureau of Legislative Research according to the provisions of Ark. Code Ann. § § 12–27–113( e)(5).

How Can I Find an Inmate for Free in Arkansas?

The remote locator tools used to find inmates incarcerated in Arkansas penal institutions are available at no cost to members of the public. Accessible information from these ADC or sheriff-run sites includes the identifying, commitment, criminal history, sentencing, and trial conviction data of inmates.

How to Find Old Inmate Records in Arkansas

The best way to find an old inmate record in Arkansas is to contact the correctional agency in charge of supervising the inmate’s confinement to obtain the record’s location and accessing policies. Usually, there are retention periods for inmate records, but Arkansas law does not indicate these time frames. Also, microfilms of prisoner records (ADC numbers 55723 to 63199) are available at the Arkansas State Archives’ (ASA) Research Room:

How do I Find Inmate Death Records in Arkansas?

Requests for inmate’s death record in Arkansas may be directed to the administration of a prison/jail facility in the county where the death took place. Per AR 804 (G), when an inmate dies in Arkansas, the medical records and mental health information/records of that inmate, though formerly confidential, may be released to a person selected by the deceased inmate to have those records.

How do I Conduct a Federal Prison Inmate Search?

The Bureau of Prisons (BOP) maintains an Inmate Locator that allows persons to search and view identifying/location information of offenders incarcerated in federal prisons. This search tool dispenses the following inmate details: an offender’s name, BOP register number, age, gender, race, projected release date, and current location. All of this information may be obtained by entering an inmate’s name (first/middle/last) or any of the following identification numbers:

Searchers can also filter results by entering an inmate’s age, sex, or race into search bars.

Inmate records maintained by the BOP are only from 1982 to the present date. Older inmate records may be found with the National Archives and Records Administration.

How Long Does it Take For An Inmate’s Information to Be Published in Arkansas Inmate Locator?

The Arkansas Department of Corrections may be contacted during normal working hours on the availability of an inmate’s information on the Arkansas Inmate Locator after committing to a prison facility. 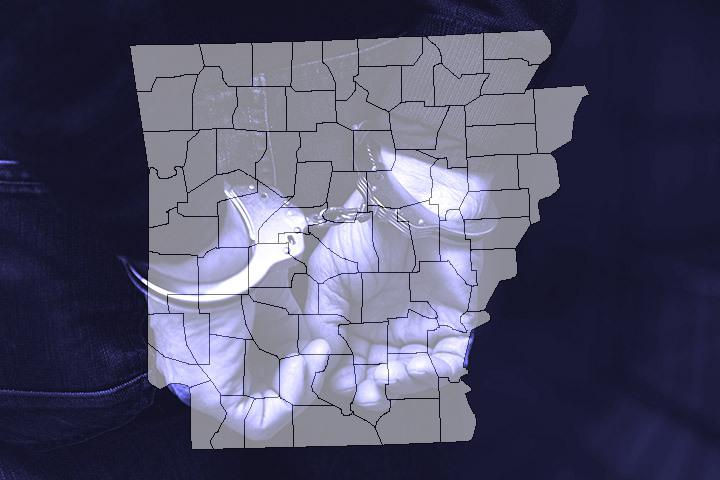