What are Arkansas Juvenile Court Records?.

Juvenile records in Arkansas are the documents that contain information regarding young people who are found delinquent because they are below the legal age of 18. The Circuit and District Courts are charged with the responsibility of trying juvenile cases. Juvenile court proceedings are created and maintained by the Supreme Court. However, each county in the state may have specified rules by which juvenile cases are tried. The state has a Juvenile Division of the Courts designed to provide quality representation for abused, neglected, or dependent children. The division also gives a fair representation for children involved in children-parent or children- guardian neglect cases.

What Information Is Contained In The Arkansas Juvenile Record?

The information contained in the Arkansas Juvenile record includes personal information like the name, age, date of birth, and contact details of the juvenile. Other information on this record reveals the mental and social status of the delinquent. This includes the document of arrest and charges against the person, court proceedings, sentencing, and detention. Juvenile records in Arkansas are protected and not opened for public access.

The Arkansas Statutes code § 9–27–320 prevents a juvenile who is either arrested or found delinquent from being photographed or fingerprinted, especially when the crime for which such person is booked is considered delinquency. However, these details may be collected if the juvenile is convicted in an adult court. Keep in mind that juvenile conviction in Arkansas may only be possible if the crime committed is a capital crime like rape, murder, or felony.

What Cases are Heard by Arkansas Juvenile Courts?

Although there is no separate juvenile court, the county courts are responsible for hearing juvenile matters. The juvenile court system created and charges with the responsibility of hearing the following type of juvenile cases;

● Adjudicated delinquency. This means that a young person has committed an act, as long as that act is not DUI (Driving Under Influence), a serious traffic offense. Also, as long as the committed act is not a criminal act for which an adult would be considered a felon or other criminal violation.

● Juvenile In Need of Supervision(JINS). This refers to a young person who committed such an act that would not be considered an offense if such a young person was an adult. Truancy acts like running away from the home or school and whose attitude is out of hand and beyond parental control. It is important to note that JINS is in the same delinquency status as a minor offender.

● Abused, Neglected, or Dependent juvenile. This refers to young persons who have been abused physically or psychologically. It also includes neglected or adopted juveniles.

Who is Eligible to View Juvenile Records in Arkansas

Juvenile records in Arkansas are not entirely regarded as public records. For the most part, not any interested person can have access to the document. Only those who are considered eligible according to the state code of Arkansas. For acts committed by a young person, such record is not opened for the public except for;

When a young person is adjudicated delinquent for a felony or a class A misdemeanor, such a person was found guilty of being in possession or using a deadly weapon- such juvenile is tried as an adult. Such a trial record is made available to the Crime Information Center of the State.

How to Find Juvenile Records in Arkansas

To obtain Juvenile records in Arkansas, a requester must get a written order of the circuit court’s juvenile division. This is because Arkansas’s juvenile records are not subject to disclosure under the FOI (Freedom Of Information) Act. And one of the reasons for the disclosure of the documents following a circuit court order is to ensure both school and public safety. This is true for cases of serious criminal violations.

● The name of the person involved in the record, unless said person is a juvenile

● The location or assumed location of the record or person involved. This includes information such as the city, county, or state that the person resides in or was accused of.

No, Arkansas juvenile records are not accessible online. The only documents that can be found online are the rap sheet, which is maintained by the Arkansas Department of Public Safety.

Do Arkansas Juvenile Records Show up on Background Checks?

It is not certain that juvenile records will show up on Background Checks. Unless a young person has committed a crime that will be tried if such an individual was an adult, the committed act is not criminal information. It cannot be regarded as criminal history information of a person. However, if the act committed was criminal, there is a need to expunge records to be completely erased from history. But a juvenile will not be eligible for expungement until after ten years of the offender’s last adjudication delinquency, or from the date, such offender pleaded guilty previously, or the date found guilty of an adult offense. Having satisfied the conditions of good conduct, such juveniles can then apply for expungement of criminal records. In Arkansas, most juvenile records are sealed automatically. Many other records are qualified for expungement, which completely erases whatever act was committed from all databases.

How Long are Juvenile Records Kept in Arkansas?

Records of committed acts that could not be tried as an adult are immediately sealed and expunged at any time. But once such a juvenile is 21 years of age, the judge must expunge such records. Records of delinquencies for which a young person can be tried as an adult must be kept for ten years before being expunged, according to the Arkansas State Act § 9–9–201. 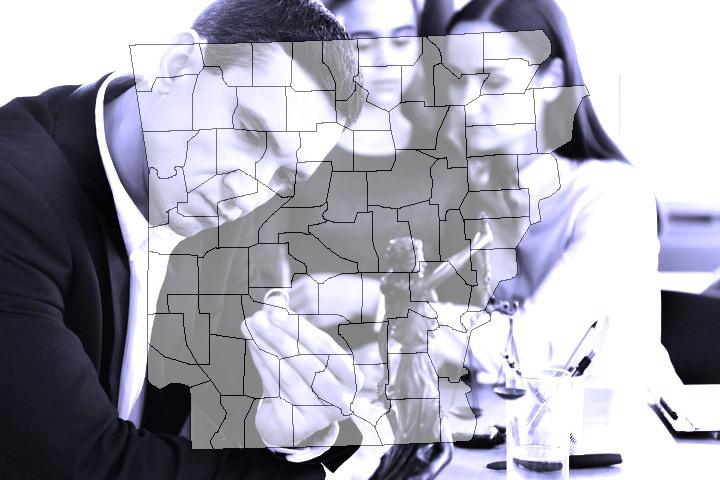