I Agree
What is a DUI and DWI in Arkansas? | ArkansasCourtRecords.us
Arkansas Court Records

What is a DUI and DWI in Arkansas?

In the State of Arkansas, a person is guilty of a Driving Under Influence (DUI) or Driving While Intoxicated (DWI) when such person is impaired to the extent that the driver’s reaction, motor skills and judgments are substantially altered, and therefore poses as a danger of physical Injury or death to himself and other road users. In other words, a DUI or DWI is driving under the condition of impairment that can be caused by an intoxicating liquor or a controlling drugs or substance, which is a serious traffic offense in the state. DUI Offenders are tried by the Circuit Courts for the criminal offense of endangering another person’s life. The Department of Motor Vehicle is responsible for imposing penalties for committing a traffic offense.

What is the Difference Between a DUI and a DWI in Arkansas?

What Happens When You Get a DUI for the First Time in Arkansas?

Once a person is arrested for a DUI, this happens after the sobriety test proves the person is intoxicated, the Department of Motor Vehicle (DMV) in Arkansas immediately revokes the license of such offender. To get a reinstatement of license for which a restricted license is given, an offender has to request a DMV hearing within seven days of arrest to avoid an automatic suspension of driver’s license. Failure to submit to the chemical test will increase the suspension of the driver’s license to 180 days. A BAC level below 0.15 may also reduce the suspension period of the license.

Getting a DUI for the first time might likely cost an offender a fine of at least $150 but not more than $1,000 including $300 court cost. A person found guilty of DUI might get up to one year jail sentence but not less than 24 hours. In general, the penalty depends on the nature and the damage caused by driving while intoxicated. In order to completely avoid a jail sentence or public service, an offender can decide to be defensive. Some of the defenses that can be used in a trial court are;

How Likely is Jail Time After a First DUI in Arkansas?

What are the Typical Penalties for a DWI Conviction in Arkansas?

How Long Does a DUI Stay on Your Record in Arkansas?

DUI offense for the first to the third time is considered a misdemeanor in Arkansas. DUI of a first to third offender stays on the driving record for five years after the completion of sentencing. The criminal records can also be expunged after five years of sentencing.

How do I Find DUI Checkpoints in Arkansas?

Which is Worse; a DUI or DWI in Arkansas?

What is an Aggravated DWI in Arkansas?

In the State of Arkansas, the following make up for an aggravated DWI;

What Happens When You Get a DWI in Arkansas?

A person who gets a DWI can either enter a plea bargain or defend the charge. Unfortunately the plea of bargain statute of Arkansas does not allow for a reduction in sentencing as a result of an admission of guilt. A very good defense can produce a case dismissal, or at worse, a reduced sentencing that results in a public service instead of jail time. 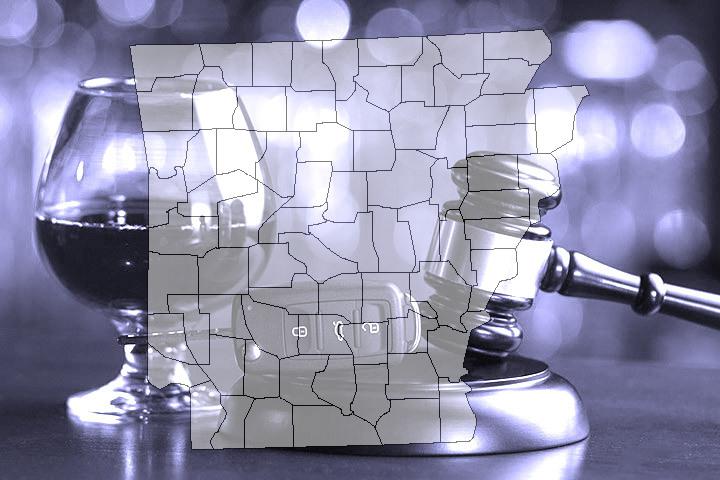